Longzhu Gaming won this years Summer Split and the Summer PlayOffs over SK Telecom T1 with a dominant performance showing in a 3-1 victory.

Leading up to the Playoffs Longzhu Gaming received the highest seeding for getting the most points in the Summer Spring. This resulted in them only having to play the final of the Playoffs instead of having to climb through the elimination bracket. SK Telecom T1 ended up with a fourth place seeding and started at the bottom of the bracket. On their way to the final they took down Samsung Galaxy with a 3-0 victory. After beating Samsung they faced KT Rolster who is notorious for losing against SK Telecom T1 so the odds were heavily in favor of the ruling world champions, however KT Rolster won the first 2 games of the series and went up 2-0. However SK Telecom T1 managed to reverse sweep KT and won the series 3-2 and went on to play the finals against Longzhu Gaming.

With this dominant performance from SK Telecom T1 to reach the finals of the Summer Playoffs many doubted that Longzhu Gaming had any chance against the world champions but they were wrong. Longzhu Gaming showed a perfected style of League of Legends and managed to dominate the ruling world champions in the 3 games that they won. Faker the player whos considered to be the best in the world, did not receive any chance to show his mastery of the game being unable to help his team claim a victory over Longzhu Gaming. With Longzhu Gaming winning the Summer Playoffs they have earned themselfs a seed for the upcoming League of Legends World Championship where they will fight for the number one team in the world title. SK Telecom T1 has also earned themselfs a spot in the World Championship by having enough points in the LCK to get a seeding. Samsung Galaxy and KT Rolster have to fight together with the remaining LCK teams in the Regionals were only the winner will qualify for the last seed in the World Championship. They have to give everything to earn that last spot to qualify as a korean team.

The teams participating are the following: 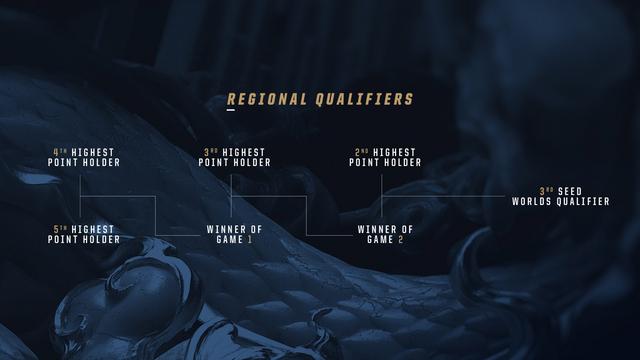 The players of Longzhu Gaming have only been playing together since Spring Split of 2017. After the previous line-up of Longzhu Gaming lost the LCK Summer Split of 2016 the organization completely revamped their line-up taking the veterans Pray & Gorilla in the botlane. This duo is considered to be the best botlane in the world and have definitely backed up this statement with their performance in the LCK of 2017. In the toplane they have Khan. Khan is a toplaner who is known for playing carry toplaners only. He refuses to play any tanks and instead opts for a champion that can take over the game if he gets ahead and he has shown here that he is capable of doing so. For the Mid and Jungle of Longzhu Gaming are the rookies of the team. In the midlane we have BDD who has played for CJ Entus in the past and now continue his carreer as the starting midlaner for Longzhu Gaming. He is considered a super rookie being seen as someone who is able to get on the same level as Faker the best player in League of Legends. In the series against SK T1 Telecom he managed to have a very stable midlane not giving up any of the teams advantage and showed that he is fully capable of playing against Faker. Now the question that remains is can BDD overtake Faker and claim this title that has been in the hands of Faker since 2013. Last but not least we have Cuzz in the Jungle. For Cuzz Longzhu Gaming is the first team so the entire professional scene of gaming is new to him. However from the results you would not be able to tell. Cuzz has shown extreme knowledge of the Jungle role and managed to change his playstyle depending on what his team needs. He can play both Utility roles and Carry roles and has done so to help his team win the LCK Summer Playoffs using his versatile playstyle and ability to read the opponents jungler. Cuzz was picked up by the team after reaching rank 1 in Korean Solo Queue and Chinese Solo Queue in 2016. On top of that he is also the youngest player to ever have done this.

Now that Longzhu Gaming took down the ruling champions and many other teams that are considered the best in the world they have established themselfs as a top team. They will also be playing in the upcoming League of Legends World Championship which will start on 23 September 2017. Longzhu Gaming is looking to take out every top tier team again and show the world that they are the world champions of this year and claim the title of SK Telecom T1 who have been the world champions for two times in a row. At the same time Longzhu Gaming will also deny SK Telecom T1 the achievement of being the world champions for three years straight. The question remains if Longzhu Gaming will be able to do what they have done in the LCK of 2017 since every team will be preparing for the World Championship and now they know Longzhu Gaming is a force to be reckoned with and shall not be ignored. I am expecting other teams to do good research against the strengths and weaknesses of Longzhu and try to exploit this. To see if that will be enough we have to wait till 23 September and see for ourselfs.

Since he first touched a computer game at the age of 3, he has always been a gamer. Games have followed him over the years and he has shifted from being a hardcore gamer with a dream to become a professional esports player, to being a heavy esports fan. He works as an esports news writer and still plays games when there is some spare time. His favorite games to write about are Counter Strike and League of Legends, which he enjoys watching, playing and reading about.